A Brief History Of The Diesel Mechanic Field

The diesel engine is one of the most important parts of American industrial and automotive history.From its initial introduction in the 19th century to the present day, the diesel engine has played a vital role in American society.

What is a Diesel Engine?

The primary advantage that diesel engines have over their gasoline competitors is that the diesel engine ignites its fuel by compression.

That is to say, the piston compresses and heats the air after which the fuel is sprayed into the combustion chamber and is ignited by the hot air.

This provides two important benefits when compared to gasoline engines. The first advantage is that a diesel engine does not require a complex electrical ignition.

Many diesel engines are part of fixed installations. These engines are usually used to power generators as part of an emergency power system or for installations that are not connected to the larger power grid. Diesel generators are commonly used to provide emergency power for hospitals, government buildings or for other areas where an interruption of power can have serious consequences. 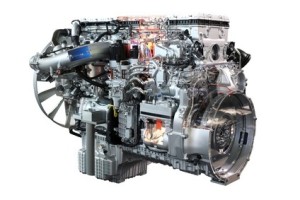 The diesel engine was invented in 1892 by Rudolph Diesel in Germany. The first known diesel engines to be built in the United States were constructed in the late 1890s, starting a relationship between America and the diesel engine that continues to this day.

By the 1920s, the first vehicular diesel engines had been produced. These engines quickly proved to be competitive with gasoline engines, and by the 1930s, Caterpillar chose to start using diesel engines in their tractors.

After the Second World War, the United States experienced a dramatic boom. One of the most important parts of this economic development was the construction of the Interstate Highway System in 1956.

This system of high-speed highways would continue to grow throughout the latter half of the 20th century, drastically increasing the number of regions that could be easily reached by commercial diesel vehicles.

This resulted in the tremendous growth of the number of diesel trucks on America’s roads and today diesel trucks carry nearly 70 percent of all freight that is shipped in the United States.

In addition, the number of diesel powered passenger vehicles has been steadily increasing. The fuel economy and durability of diesel engines have made them popular among many vehicle owners, especially due to the greater power a diesel engine can offer for larger vehicles such as mobile homes or large passenger vehicles. This trend has also been driven by the growing number of gas stations that also offer diesel fuel for their patrons.

In addition, mechanics who had formerly focused on repairing gasoline engines sought training as diesel mechanics in order to provide a higher level of service to their patrons.

The Rise of Pollution Control Systems

During the 1970s, the United States started to focus on reducing vehicular pollution. For this reason, both diesel and gasoline engine designs started to include a variety of emission control systems. Ironically, these regulations helped to increase consumer acceptance of diesel engine technology as they reduced visible diesel engine exhaust byproducts.

However, the addition of these emission control systems also increased the amount of training needed to produce high quality diesel engine mechanics. This was especially true as more engine designs started to incorporate electronic fuel injection and emission control technology.

Although diesel engines remained simpler than comparable gasoline engines, the modern diesel mechanic had to have an in depth understanding of computer technology as it applied to the engine’s operation and maintenance. This resulted in a growing emphasis on formal diesel engine mechanic training programs.

Diesel Engines and the Future of American Commerce

The need to conserve energy and reduce pollution has helped to contribute to the recent rise in the popularity of diesel engines. Because diesel engines are more efficient than gasoline models, they consume less fuel for a given amount of work. In addition, modern diesel engines are produce very little in the way of pollution, making them competitive with even the most advanced gasoline engine designs.

Most importantly, diesel engines can make use of a wide range of fuels. For this reason, many diesel engines can effectively run on biofuels that gasoline engines would be unable to tolerate. Given the importance of reducing America’s dependency on foreign fossil fuels, many companies have focused on producing biofuel for use by diesel engines.

In fact, it is likely that rising gasoline prices could see the diesel engine largely displacing the conventional gasoline engine in many applications.

In addition, modern environmental regulations often demand that mechanics obtain a variety of state sponsored certifications before they can engage in activities relating to a vehicle’s emission control system. This is especially true for those diesel mechanics working on commercial trucks, which often face a higher degree of scrutiny from the relevant federal and state agencies.

According to the Bureau of Labor Statistics (BLS), in 2012 there were at least 250,800 employed diesel mechanics and technicians.

That number is expected to increase by at least nine percent by 2022. Furthermore, BLS estimates may not reflect other fields that require training in diesel engine technology, such as nautical engineering specialists.

For this reason, the actual job environment for diesel mechanics may be more promising than these predictions indicate. 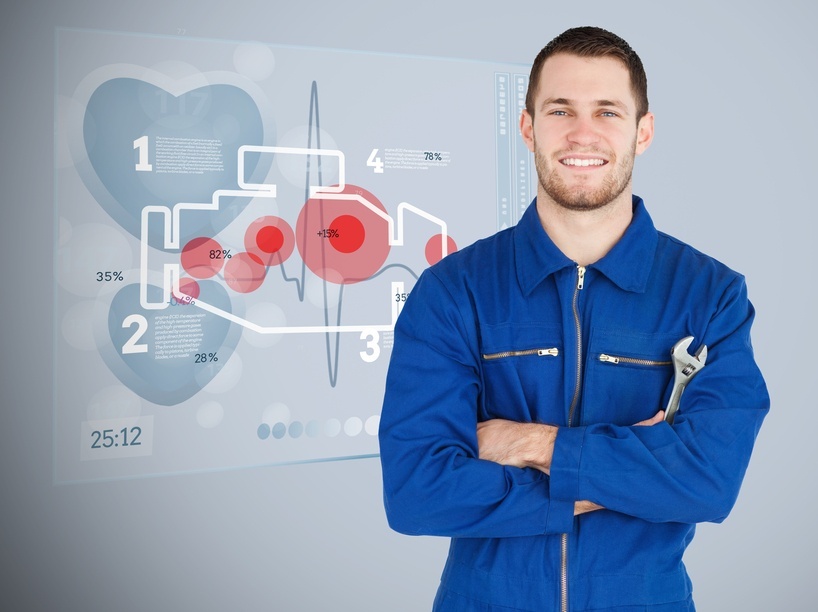 In fact, a growing number of businesses prefer to hire those mechanics who can document their training rather than those who must receive on the job training before they can carry out their duties.

There are a vast number of training programs available in the United States. Many of them are offered by community colleges, vocational training centers and adult education programs. In addition, some high schools may have programs available to prepare their students to become diesel mechanics. In most cases, these programs can take anywhere from six months to two years to complete, depending on the material the program covers and the student’s schedule.

In 1972, the National Institute for Automotive Service Excellence (ASE), started to provide accreditation services for a variety of diesel engine specialties. By becoming certified in these specialized fields, a diesel mechanic can demonstrate that he or she is capable of operating at a high level of competency.

In addition, the ASE only certifies those mechanics who have several years of experience as diesel mechanics. The growing importance of the ASE is another example of how the field of diesel engine repair and maintenance has become more professional since its establishment in the late 19th century.

Although this practice has steadily declined, a number of diesel mechanics are trained in an informal setting. In most cases, these individuals are hired by a local garage or repair center and are apprenticed to more experienced mechanics.

Although this type of training can result in a highly skilled diesel mechanic, it currently has a number of drawbacks. The most serious issue facing informally trained mechanics is that they will have no documented proof of their skill level.

While they can obtain positive job recommendations from their former employers, many potential employers may be reluctant to hire someone who has not completed a formal diesel mechanic-training program.

The future is quite bright for currently employed and prospective diesel mechanics alike. The growing desire to shift away from traditional fossil fuels to biofuels has resulted in a growing interest in diesel engines on the part of many automotive manufacturers.

Furthermore, because biofuels will be less vulnerable to the sudden price swings that plague fossil fuels, it is likely that the cost of biofuels will remain steady, which will further encourage businesses and individuals alike to purchase diesel-powered vehicles. For this reason, trained diesel mechanics will continue to enjoy excellent employment prospects. 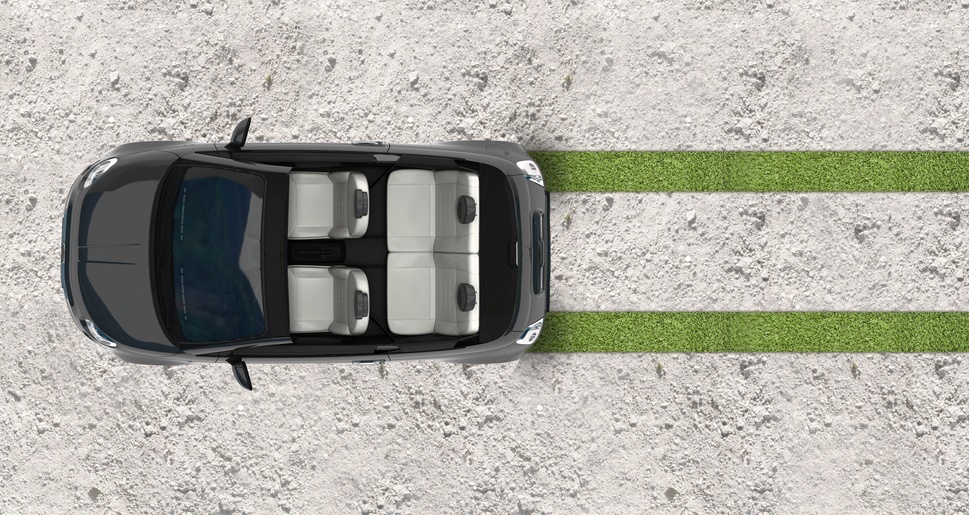 In addition, diesel trucks will continue to carry the majority of American commerce. The continued expansion of trade compacts such as the North American Free Trade Agreement (NAFTA) will see continuing growth in land-based international commerce with both Canada and Mexico. This will increase the number of domestic and foreign trucks that require regular maintenance.

Another trend that will benefit diesel mechanics is the growing number of diesel-powered passenger vehicles. With the elimination of the exhaust and noise issues that plagued small diesel engines in the 1970s many private auto owners have come to prefer diesel powered vehicles due to their better fuel economy and reliability.

Because of this, the demand for qualified neighborhood diesel mechanics continues to increase. This is especially beneficial for those individuals who wish to establish their own diesel repair shop.

Finally, the continuing drive to reduce air pollution will see increased regulatory oversight of diesel-powered vehicles. This will result in an increased demand for diesel mechanics who are properly trained and certified to repair and maintain emission control systems.

However, many states have considered imposing registration and certification requirements on those mechanics who repair, test or maintain emission control systems.

Ultimately, the history of diesel power in America is inextricably linked with the history of the men and women who keep America’s diesel engines in working condition.

Today’s highly trained diesel mechanics are the heirs of the mechanics who saw the end of the 19th century. Due to the continuing popularity of all types of diesel engines the modern diesel mechanic can expect to enjoy a secure and well-compensated future, whatever his or her specific duties are.