A Career As An Aircraft Mechanic - Diesel Mechanic Guide

A Career As An Aircraft Mechanic

Aircraft comprise a vital part of America’s economy. Whether the government, a large business or a private individual owns an aircraft, it is vital that the aircraft’s systems receive effective maintenance.

This is especially true due to the fact that an in-flight malfunction can result in the potential loss of the entire aircraft and everyone aboard it. For this reason, qualified aircraft mechanics enjoy a wide range of job options in the United States.

The History of Aircraft Mechanics in America

Aircraft mechanics have been active in America from the very dawn of heavier than air flight. Indeed, the Wright brothers were as much mechanics as pilots, and many other famous aircraft pilots were also trained aircraft mechanics. This was especially important due to the fact that there were few trained mechanics available in much of America.

The number of aircraft continued to grow, especially after the First World War saw the dramatic growth of the use of aircraft for both military and civilian purposes.

The interwar period saw the first passenger and cargo airlines in America, while private barnstormers thrilled the American people with their stunt flying. However, the ever faster and heavier aircraft also required more effective maintenance facilities that became fixtures at the new airports that were appearing across the nation.

It was during and after the Second World War that the aircraft truly came into their own. The development of modern jet and prop engine systems saw the rise of regular international air travel while many local communities started to use aircraft for everything from spotting fires to assisting law enforcement agencies.

Alongside these developments, a rising number of private individuals and businesses acquired their own aircraft for a variety of purposes. Alongside fixed wing aircraft, helicopters became popular for those individuals and groups that required a craft with vertical take off and landing (VTOL) capabilities.

Alongside this explosion in the number of American aircraft was the growth in the aircraft maintenance sector. Today, according to the Bureau of Labor Statistics (BLS), there are over 138,000 aircraft and avionics technicians working in America, and that number is expected to remain stable as ever more advanced aircraft enter the market.

Furthermore, the BLS has noted that qualified aircraft and avionics technicians have an annual median income of over $55,000, making this field an excellent choice for those individuals seeking to obtain a high standard of living. 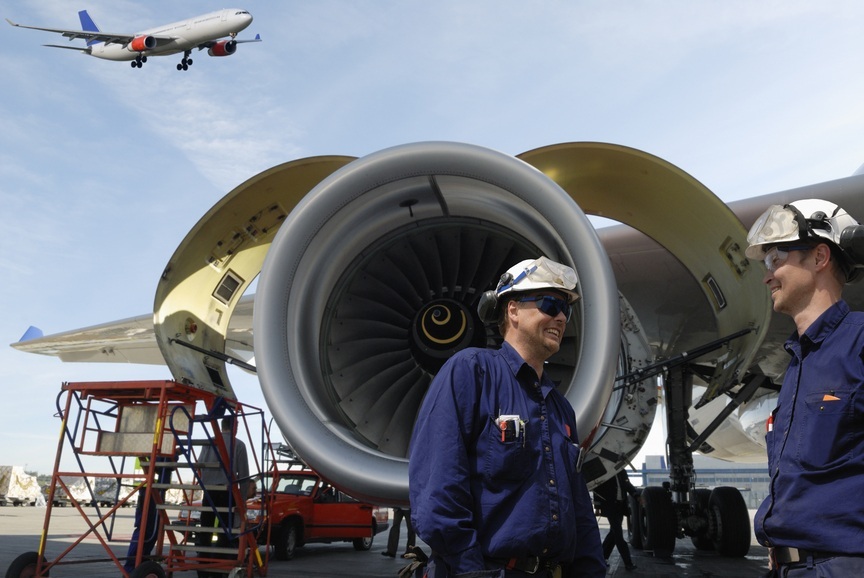 Modern aircraft mechanics are tasked with maintaining, repairing and inspecting aircraft. Because the failure of vital systems can have catastrophic consequences, most aircraft are regularly inspected before and after flight operations. The nature of these inspections will normally include examining the aircraft’s engines, avionics, controls and airframe for signs of damage of malfunction.

The exact nature of the inspection will depend on the aircraft’s design and duties. Larger aircraft are usually inspected by more than one mechanic, although a supervisor will be required to give final approval to the aircraft’s flight worthiness. In addition, aircraft that have received major repairs or modifications must be certified as airworthy before they can take flight.

Because there are so many different aircraft designs currently active in the United States and abroad, many aircraft mechanics specialize in certain specific types of aircraft.

Examples of areas where a mechanic may specialize in include the following:

In some cases, the mechanic’s employer may mandate that he or she complete a company-specific training program before the mechanic will be allowed to work in certain aircraft repair specialties.

In addition, a mechanic must ensure that he or she remains up to date with modern aircraft design and maintenance techniques. This is especially important given the swift pace of aircraft design among American and foreign aerospace companies.

Becoming an Aircraft Mechanic in America

Aircraft mechanics are primarily regulated by the Federal Aviation Administration (FAA), which provides a process by which an aircraft mechanic can receive his or her certification in a number of maintenance fields. All individuals seeking certification must have the following qualifications:

• Be at least 18 years of age.
• Be able to fluently read, write and speak English. In some cases, an individual who is only intending to work outside of the

United States may have this requirement waived. However, he or she will not be eligible to perform aircraft maintenance work in American until he or she can demonstrate the required fluency in English.

Individuals seeking to become aircraft mechanics can obtain their qualification by attending a FAA approved school or by obtaining practical experience in their field. In both cases, the candidate will have to take and pass a comprehensive examination before obtaining his or her certificate.

Currently, the FAA provides two basic certificates for aircraft mechanics. These are power plant and airframe certificates. Many individuals choose to seek to obtain both certificates in order to improve their professional employment options.

In general, anyone seeking to obtain a certificate via work experience must be able to document an extended period of time working on aircraft under the supervision of properly certificated supervisors.

In most cases, the candidate will be closely supervised by qualified aircraft mechanics during this period. These mechanics will also help train the employee in order to prepare him or her for the FAA’s certification examination.

The Military and Aircraft Mechanic Careers

One common source of work experience for individuals seeking to become an aircraft mechanic is the military.

The military is well known for providing high quality training in this field, which can also prepare the former soldier to deal with later stress in his or her civilian life.

In addition, many businesses and organizations show actively seek out former soldiers when making their hiring decisions. This can be especially true if the mechanic is seeking employment with a law enforcement agency.

The FAA also permits the candidate to obtain his or her training via a formal program of education. Individuals choosing this route must complete their course work at a FAA Approved Aviation Maintenance Technician School. These schools are usually vocational institutions or community colleges.

After the candidate’s work experience or education has been properly documented, he or she must then pass a comprehensive FAA examination. This examination involves three parts:

The candidate must successfully complete all three components of the examination in order to receive his or her FAA certification. Finally, the examination must be taken within two years of graduation or completing the work experience requirement.

Finally, many businesses offer what is called a repairman’s certificate. This is a certificate that is provided by a FAA-certificated repair station to the aircraft mechanic.

The repairman’s certificate normally is used to indicate that the individual has been qualified for certain repair of maintenance duties.

The repair station employing the candidate must recommend him or her to the FAA in order to obtain this certification. Furthermore, unlike a power plant or airframe license, a repairman’s certificate is only good at the facility that issued it.

In addition, individuals seeking an IA certificate must have access to the equipment needed to evaluate an aircraft’s airworthiness. Individuals holding this certification are commonly employed by major aerospace companies, airports and aircraft maintenance facilities.

Ultimately, becoming an aircraft mechanic can be an excellent choice for those individuals seeking to work in a field that is both professional and personally satisfying. Due to the continuing importance of ensuring that America’s aircraft are properly maintained, this field is likely to present excellent employment options for qualified individuals for the foreseeable future.

Working As A Diesel Mechanic On A Ship

The Heavy Equipment Technician – What Is It And How To Become One.