Although diesel engines have long been a vital part of America’s transport infrastructure, they are also enjoying growing popularity in the domestic car market.

In fact, the number of diesel engine cars being sold has radically increased over the last several years.

This has led to a rise in the demand for qualified diesel engine mechanics specializing in the repair and maintenance of diesel engines. 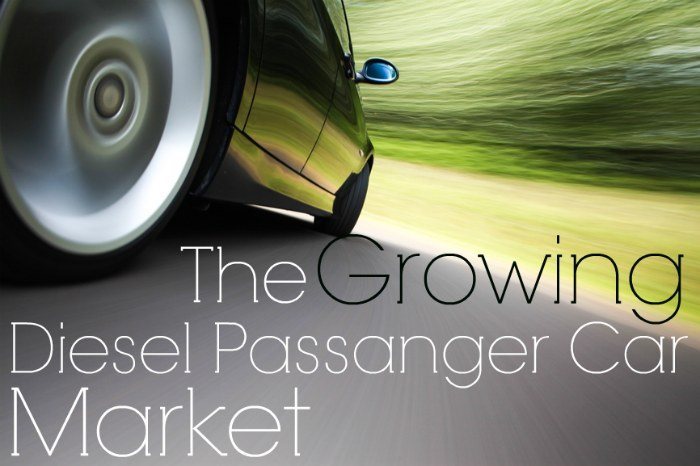 Lets Start With A Short History of Diesel Engine Cars

Although diesel engine powered cars have long been popular in Europe and Asia, they have only recently become popular in the United States. Some of the first domestic attempts at producing American diesel cars resulted in unreliable vehicles that saddled diesel engines with an undeserved reputation for poor workmanship among the public.

While these vehicles were very fuel-efficient compared to contemporary gasoline engines, they proved unable to gain serious traction in the American auto market. However, foreign brands continued to be sold in America, especially for higher-end passenger vehicles produced by Mercedes Benz and Volkswagen.

However, improvements in domestic diesel engine design and production eliminated the reliability problems faced by domestic diesel cars in the 1970s. Furthermore, the high fuel efficiency enjoyed by diesel cars made them more attractive to consumers as the price of gas continued to rise.

Furthermore, the development of “clean” diesel engines, which are designs that produce very little pollution, helped to further improve the popularity of diesel engines.

The consequences for the diesel engine market have been dramatic. In fact, in August 2013, the number of diesel sales increased by about 41 percent.

Even when competition from hybrid and electric vehicles are taken into account, diesel powered passenger cars have seen a dramatic growth in their popularity.

What About Diesel Engines and Alternate Fuels

Another reason for the growing popularity of diesel engines is the fact that diesel engines are far more flexible in terms of fuel usage than gasoline engines.

The growing availability of fuels such as biodiesel have helped to make diesel powered passenger cars more attractive to individuals who are seeking to reduce their dependency on fossil fuels.

In fact, as fossil fuel prices continue to increase it is likely that diesel powered passenger cars will continue to grow in popularity.

The growing popularity of diesel powered passenger vehicles promises to dramatically change the employment environment for diesel mechanics in America.

Currently, there are over 250,000 diesel mechanics and technicians in the United States, many of whom work on private passenger and utility vehicles.

The Bureau of Labor Statistics (BLS) expects this to increase by at least nine percent between 2012 and 2022. However, this projected rate of increase may grow dramatically as new technologies and biodiesel fuels make diesel engines even more attractive.

In addition, foreign events such as political instability in Europe, Asia and the Middle East may result in price spikes in gasoline. This will further encourage the widespread adoption of diesel engines for passenger vehicles. Furthermore, diesel engines are competitive with even the most advanced hybrid designs when it comes to fuel economy.

However, unlike hybrid designs, diesel engines can be repaired by a wide range of garages. This makes diesel technology even more attractive to consumers who prefer to not be tied to a limited number of repair facilities.

As diesel engines become more common, the need for easily available repair facilities will grow. This in turn will increase the demand for qualified diesel repair technicians. In addition, due to the durability of modern diesel engines, this demand will remain steady over the long term.

The Rise of Local Repair Facilities

On major difference between passenger diesel engines and commercial diesels will be the need for a growing number of local garages. Most consumers will wish to have a local diesel mechanic available rather than being forced to travel an inconvenient distance to have their vehicle repaired.

In addition, local garages are often seen as more responsive to the local community’s needs than large repair centers. This trend will result in a growing need for experienced diesel engineers who can work as the lead mechanic at local repair shops. In addition, it will lead to a growing number of mechanic owned garages. These local garages will help provide long-term employment for their diesel mechanics.

In addition to local garages, some diesel mechanic may choose to work as mobile repair professionals. These individuals travel to their client’s residence or place of work in order to repair the vehicle.

Mobile mechanics are especially attractive to those individuals who have busy work schedules or who otherwise find leaving their car at a garage to be inconvenient.

Qualified diesel mechanics have the advantage of not requiring a fixed place of business with its resultant costs. In addition, mobile mechanics can charge substantially higher fees for working on their client’s vehicle.

Most importantly, diesel mechanics working in this field have a great deal of control over their work schedule. This makes this profession ideal for those mechanics who are currently caring for a family.

Finally, the growing number of new diesel passenger vehicles will demand an expansion of the repair capacity at dealer repair centers.

These repair centers focus on ensuring that those customers with vehicles that are currently under warranty receive the best possible treatment. For this reason, most dealer repair centers only hire qualified diesel mechanics who have received a formal education in diesel repair. This is especially important these centers usually service the most advanced diesel vehicles on the market.

These centers often have excellent salary and benefit packages for their employees. Ultimately, the job market for diesel mechanics is showing sustained growth in the United States.

The growing popularity of passenger diesel vehicles will continue to give rise to a growing need for qualified diesel mechanics in the United States. For this reason, becoming a diesel mechanic is an excellent professional choice for newly graduated and currently employed individuals alike.

A Brief History Of The Diesel Mechanic Field

Is The Diesel Industry Growing