The Diesel Engine And Its Future - Diesel Mechanic Guide

Many individuals who are considering becoming diesel engine mechanics and technicians are interested in knowing what the future holds for the diesel engine.

Fortunately, the fact is that diesel engines are poised to become more common in the near future, due to a variety of advantages they possess when compared to other engine designs.

In fact, changes in the economy and society may make diesel engines more popular then ever before, dramatically increasing the number of mechanics that will be required to maintain private and commercial diesel engines alike.

Among the most important benefits driving the further development and popularity of diesel engines are the following:

In general, the components of a diesel engine are more heavily built than a comparable gasoline engine.

In addition, diesel engines do not require spark ignition systems, which removes a common source of gasoline engine malfunctions.

Finally, diesel engines have a cooler operating temperature than gasoline engines, making them more suitable for sustained operation. This dependability is one reason why diesel engines are so popular for use in commercial vehicles. 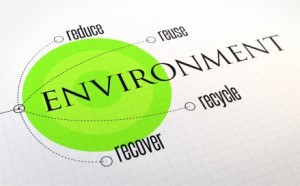 Most gasoline engines convert approximately 30 percent of the energy in the fuel into power.

In comparison, a diesel engine often converts 45 to 50 percent of the energy in its fuel into useable power.

This can allow the engine to either get better mileage or perform more work for a given amount of fuel when compared to a gasoline engine.

Continuing research to improve the efficiency of diesel engines is likely to ensure that they remain more effective than gasoline engines for the foreseeable future.

Gasoline engines require extensive modification to use different fuel blends and types. However, the diesel engine can be easily modified to accept different types of fuel, most notably the biofuel mixtures that are becoming increasingly popular. For this reason, diesel engines are likely to be able to take advantage of future fuel types without requiring expensive modifications.

This advantage is especially important due to the fact that the future will see the widespread adoption of biofuels and other alternative fuel blends.

The ease with which a diesel engine can use these new fuel types will ensure that diesel engine owners can take advantage of these opportunities and avoid the need to pay for increasingly expensive gasoline supplies.

Diesel Fuel is Safer than Gasoline

Not only is gasoline highly flammable, but when it is vaporized it can form an explosive mixture that is extremely hazardous to anyone in the area.

Diesel fuels do not share this disadvantage and are far less likely to be ignited by accident.

Because of this, diesel engines are safer both during operation and in the case of an accident. This can be especially important for commercial vehicles, due to their large fuel tanks.

Perhaps one of the most important factors in the future popularity of diesel engines is the fact that they have a number of environmental advantages when compared to gasoline engines.

When coupled with their ability to accept a wide variety of synthetic alternatives to traditional fossil fuels, this could very well lead to diesel engines outperforming gasoline engines in terms of reducing their environmental footprint.

The Future of Diesel Engines

This is especially true given the increasingly strict emission and mileage requirements being mandated by the federal government.

Diesel Mechanics and the Future

For these reasons, employment opportunities for diesel mechanics and repair technicians will continue to show sustained and robust growth.

When attrition due to retirement and other factors is considered, this indicates that new diesel mechanics will find that this field offers a wide range of professional openings.

Ultimately, the diesel engine is a vital part of America’s transport and energy infrastructure and is certain to continue to grow in importance as the advantages of modern diesel engines become more apparent when compared to the traditional gasoline engine.

This is especially true given the drive to reduce the environmental impact of private cars and trucks, which will further encourage the adoption of diesel engines.

Because of this, individuals who are interested in a secure and well-compensated career should seriously consider becoming a diesel engine mechanic.