Where Are Diesel Engines Used the Most - Diesel Mechanic Guide

Where Are Diesel Engines Used the Most

When asked to name which vehicles use diesel engines, most individuals may have trouble coming up with one or two types.

The truth is that diesel-powered vehicles are everywhere, performing many of the duties that make civilized life possible.

From building a new shopping center to transporting goods that sit on store shelves, diesel engines offer the power needed to get these jobs done quickly and efficiently.

The following list ranks the most common diesel engine usages among the differing vehicles and applications.

With the recent rebound in the economy, retailers and manufacturers are experiencing immense difficulty moving the amount of freight necessary to keep up with consumer demand. Companies are actively increasing their diesel truck fleets to help keep up with the increase in demand, with many having a difficult time finding the truck drivers and mechanics they need to keep their trucks running at peak performance levels all year long.

On highways and expressways across America, diesel trucks from a variety of different companies run goods from one corner of the country to the other. According to a recent study conducted by the U.S. Bureau of Transportation, approximately two million diesel shipping trucks occupy roads throughout the country. With consumer spending increasing online and in stores, this number is expected to grow over the coming years, adding many more diesel-powered trucks and mechanic positions in all 50 states.

As Americans begin recovering from the most recent recession, construction projects are expected to start up once again. From municipal utility construction to residential home developments, companies of all sizes are expected to fire up their dormant backhoes and get back to work. Over the coming decade, the number of new construction companies will increase, meaning more diesel construction equipment will take over work sites across the United States.

3. In Cargo and Cruise Ships 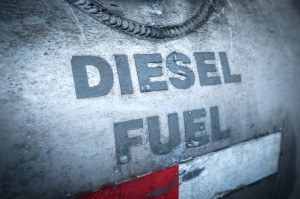 Over the past four or five decades, most manufacturers have moved their manufacturing operations overseas to help cut costs and produce their goods for less. Although this move has cost Americans potential manufacturing jobs, it has created various opportunities in the logistics industry, especially for cargo and freight ships.

Large diesel engines power massive amounts of freight across oceans all around the world every single day.

With the current economy working on finding its place in the global marketplace, the amount of American cargo ships navigating waterways across the globe are expected to increase over the coming decade.

Similar in general design and mode of transportation to cargo ships, cruise ships rely heavily on strong diesel engines to power hundreds of thousands of tons easily across the water. With more and more baby boomers reaching retirement age every single year, cruise ship vacations are becoming the main mode of travel, offering an increased growth expectation over the next several years.

Many cruise companies are working on adding to and expanding their fleets to keep up with current and future demands.

Providing the power needed to safely navigate the treacherous ocean waters, diesel engines are slowly becoming the engine of choice for cruise ships.

4. In Trains and Locomotives

Offering a greater efficiency than semi-trucks when it comes to hauling freight, many transportation companies are turning to locomotives to help move products across the country. Although the railroad industry has lost a considerable amount of market share with personal passengers, many railroad companies have shifted their focus to the freight side of railway transportation.

Across America, active railways that have locomotives hauling thousands of tons of freight can be seen on a daily basis. Some companies, such as Amtrak, still offer personal train transportation for passengers, allowing individuals to travel from city to city in a rail car rather than on an airplane.

With increased fuel economy playing a large role in companies’ logistic decisions, companies will continue to expand the number of locomotives they have on railways throughout America.

5. In Buses and Personal Vehicles

With the public demanding cleaner and less harmful transportation options, many municipalities and companies are turning to diesel engines as the clean and green alternative to gasoline engines. In an effort to meet the growing need for public transportation, various smaller local governments are creating public transit systems that are powered by diesel buses. By using diesel, these buses have greater fuel efficiency than gasoline-powered models.

Individuals who are unable to utilize their local transit systems are now turning to diesel-powered personal vehicles to get around the city. Many manufacturers are noticing this trend and are selling diesel cars and trucks that provide better fuel economy and have cleaner emissions.

With the Corporate Average Fuel Economy (CAFE) standards forcing automotive manufacturers to begin producing greener, fuel-efficient vehicles, most companies are deciding to pursue diesel technology. Over the next decade or two, the number of diesel personal vehicles on the road will increase dramatically, especially with drivers opting for increased power and fuel economy.

Although the U.S. Postal Service has experienced some lean times over the past decade or two, the recent growth in the e-Commerce industry has helped breathe new life into the local transportation industry. Companies, such as FedEx and UPS, are taking advantage of the new growth, and many are beginning to add new trucks and drivers to their shipping fleets.

Many of the trucks and vans used by the U.S. Postal Service run on diesel fuel, giving these vehicles the increased fuel economy needed to fulfill all deliveries on time and under budget. Over the coming decade, the number of diesel local shipping vehicles on the road will increase to keep pace with the boom in the e-Commerce industry. 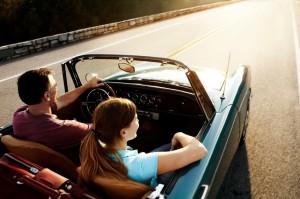 While most residential generators use gasoline to power up the motors, many large commercial generator companies have taken the initiative to implement diesel technology in new generator designs. A reliable diesel generator is often the difference between life and death for many hospitals during power outages.

Coupled with the uptick in the economy, the recent shift in demographics is causing hospitals and commercial buildings to either install or add to their current diesel generators.

With natural disasters becoming more prevalent throughout the United States, the installation and use of diesel generators is expected to increase over the coming years.

Designed to function in a wide range of vehicles, diesel engines play an ever-growing role in America’s economic infrastructure. While most people are only aware of diesel-powered semi-trucks, diesel engines have become the workhorses that help deliver goods and products to retailers. As consumers and governments across the country begin demanding a cleaner, more fuel-efficient solution, the use of diesel engines is set to increase exponentially over the next generation.